Business success can sometimes depend more on persistence, rather than timing or luck, for someone like Alex Budure.

Budure is founder and co-owner of 3 Euro Windows & Doors in Waterloo and his belief in the superiority of his products is slowly but surely making a name in the commercial and residential construction industries.

His journey began in the summer of 2016 with a simple challenge to build a “small” house. He is also a construction project coordinator. He knows quality and he demanded it in his work. After checking out what was available for use at various hardware stores, he decided he needed to look elsewhere for what he needed.

“Windows should last at least 20 years,” he says. “Canadian homeowners have to replace their windows in less than 10 years.” 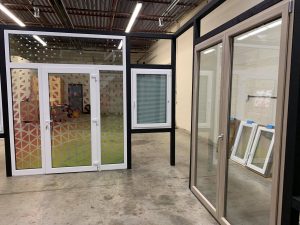 Budure blames the problem on the North American habit of mass-producing building products like windows, while quality suffers in the name of profits. He needed to find a more high-quality, energy-efficient window that didn’t break the bank.

He found exactly that three years ago in a company called Lipoplast, which has been producing the highest quality of tilt and turn windows since 1994 in Timisoara, Romania. Today, Budure and Lipoplast are partners and 3 Euro Windows is the exclusive distributor of Lipoplast products in North America.

In November 2017, the partners participated in their first Toronto Home Show. There, they learned they had to go through a rigorous certification process, which they successfully completed last August, 1-1/2 years later.

Once certified, they opened for business but with winter approaching, orders were slow. Despite that,he did land regular customers. Participating in home shows in the US and Toronto seemed to work out well for 3 Euro Windows. Last January at a home show in Las Vegas, he landed a new client from Long Island, New York. At the end of November and early December last year, he attended three shows in Toronto.

Then Covid-19 came along and his Toronto location, which was located in a mall where floor traffic has completely stopped, had to close.

The location at Unit 1-130 Frobisher Drive Waterloo, however, is still doing surprisingly well during the pandemic.

“I’ve sold 20 big projects since January 2020,” he says, adding that a “big” developer north of Toronto is building more than 400 townhouses. “They actually hired an outside company to check us out and, ultimately, they chose to go with us because of our quality and our competitive prices.”

Budure is excited about his prospects. He currently has “big” clients in the US, Europe and Canada as a result of  attending the home shows and is still getting referrals from architects and building designers.

“We have an amazing future ahead.” he says. “One big local hardware store chain really wants to work with us. When (they) see the quality in our products, I know 100 percent that – as soon as (the pandemic) goes away, then everything will go crazy around here.” 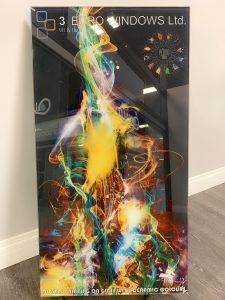 Right now, the new home construction industry isn’t booming but Budure is confident his business has the same resilience and longevity as his windows and doors.

Budure believes in the notion that seeing really is believing.

When people see what he has to offer up close in his showroom, he says, they will soon realize that there is nothing else comparable on the market.

His challenge to anyone who is considering building a new home now is simple:

“Try us. Give me a project. Ask for prices and let’s put all our cards on the table and do a comparison.”

Anyone who has ever visited his Waterloo location and seen his products, he says, usually has one word to say:

Pumpkin Spice and Everything Nice