By
Bid For Freedom
0 Comments
0
55 Views

Have you ever wanted to make a difference but had the thought, “What can one person do?”

Five years ago, in response to the huge wave of refugees caused by the war in Syria, Calvary United Church in St. Jacobs began sponsoring Syrian families to come to Canada.  They felt strongly that welcoming the stranger reflected God’s heart and this gave them strong motivation. The church initially brought a remarkably resilient mother and two of her young adult sons to live and begin to prosper again in our welcoming region. These brothers have established thriving barbershops and become Canadian citizens. 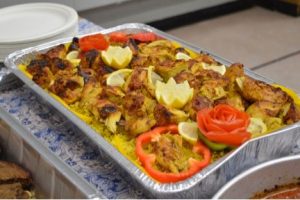 Fabulous Syrian food has been and continues to be a key part of fundraisers. 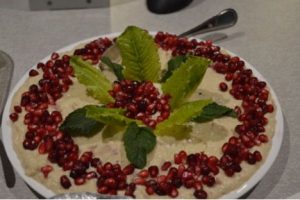 Two years later, Calvary’s refugee committee joined forces with eager volunteers from Highview Community Church in Kitchener. This expanded committee sponsored two more children of that remarkable mother, and their families. One family has been here since 2018 and is well settled; the other has experienced a tragic delay due to COVID realities. This family was ready to arrive in April but waits on in Jordan.  What a difference in the lives of 24 refugees … so far!

Raising the money to bring these families took a tremendous amount of hard work. An extensive network of people has supported the process through monthly giving, tax season major donations, and through eagerly supporting fundraising efforts.  Now, in partnership with a third church, Central Church, this committee is beginning the process to reunite yet another family.

Aphrodite’s family was forced to flee Syria as refugees in 2012. Despite minimal funds and severe restrictions on their movements, her family established a thriving school in their Lebanon neighbourhood to help over 400 Syrian refugee children whose education has been disrupted.

Three years ago, Aphrodite and her sister received scholarships to study at Canadian universities. Since finishing her degree at Laurier, Aphrodite has been working and volunteering in Waterloo and has been patiently seeking help to bring her parents and brother to safety and freedom in Canada.  Neither daughter is able to return to Lebanon or Syria.

The committee’s latest fundraising endeavour is an online auction, aptly named “Bid for Freedom”. This auction features a wide array of services — from canoe trips on the Grand, to art classes,  delicious baked items delivered to your door, practical services such as IT help, yard clean up, weeding, and putting up Christmas lights. Many fascinating items have also been donated.

The auction will be open for bids from November 13 to 23 and the committee is eager for local support!

Written by Bid For Freedom

I Voiced My Objection to Bill 213