Bring on the Sunshine

Celebrating its 11th year, ‘Bring on the Sunshine’ aims to shed light onto Black history in Woolwich Township.

More than a decade ago Elmira residents Alice Penny and Jacqui Terry-Carroll, both originally from Zimbabwe, saw a need for more places to share Black and African community and culture in the Waterloo region.

“The stories about Africa and Africans and Black people are just not being told. There are lots of reasons for that, but it’s definitely a knowledge gap,” Terry-Carroll said.

When they first founded the annual festival, normally held in the Kitchener City Hall Rotunda, Terry-Carroll says they were expecting a modest turnout. 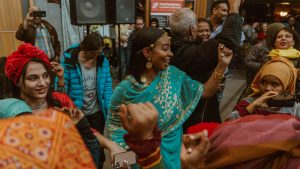 Unable to gather in-person because of Covid, the group held its annual festival online for the first time this year. This year’s festival ran online Feb. 14 and 15 with videos, programming and featured artists from around the world, as well as right here at home.

“Magic shows, dance workshops, a fashion show, all of these things that we would do at the rotunda we had to transplant them,” Terry-Carroll said. “We’ve got some really cool artists. The Black Roots Mamba Band, based in Cape Town will be sharing their music with us by the ocean.”

“We’re having a panel that’s going to talk about black and African migration. Africans have traversed the world for thousands of years as explorers. We have a range of community leaders who are going to speak on this issue,” said Terry-Carroll. 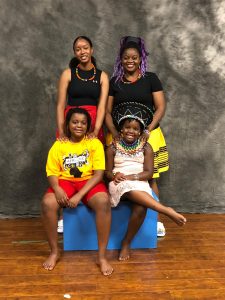 Online vendors were also able to showcase their wares with links to their websites and one-on-one FaceTime videos with potential customers.

While the annual festival takes place every February during Black History Month, the group has expanded to include year-round corporate and school education programs, a one-week summer camp and a youth leadership program to help bring awareness and education about anti-black racism and Black history and culture to the area.

Terry-Carroll says there’s been an increase in awareness that’s happened through the events of the past year, but there’s still a lot of work to be done.

“I’m black all year round, but it’s only in February that people notice and want to talk about it,” she said.

Last year, ‘Bring on the Sunshine’ spoke at John Mahood Public School about Black and African history and culture, as well as challenges faced by Black People of Colour in Woolwich Township. 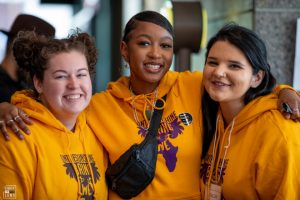 “People have a very narrow view of who lives in Elmira. But with all the new developments there’s a whole lot of new people moving in with diverse backgrounds. There’ve been some struggles, because we learn some things at home that may not be appropriate.” Terry-Carroll said. “We find that the adults are far more scared of having those conversations than kids are. The kids are ready; they want to talk about it now. The challenge for us as Canadians is really being able to talk about it and the challenges.”

The group has also given lectures about the Queen’s Bush settlement in Hawkesville. The area was settled in the 1830’s by Black farmers arriving from the United States. The settlement grew to more than 2,000 people by 1840.

“The Black community has been present in the region, but their stories are just getting erased,” said Terry-Carroll. “We’re reaching out to the community… and creating a space for others, other people who don’t fit the mold and fit the box. There are Africans who live in Elmira who just don’t ever go out and connect with the community. We want them to be in a community that’s open and welcome.”

The group hopes to return to an in-person festival for next year, but Terry-Carroll says the online model isn’t without it’s perks, including sharing content from across the globe and having an unlimited number of vendors without violating fire safety regulations.

“We’ve done a lot of learning for this year,” she said. “I think we will continue with an online or hybrid option. We’re going to be flexible enough to roll with whatever comes.”

‘Bring on the Sunshine’ is developing a library of content available online, including some content from this year’s festival designed to give viewers a taste of what it was like to attend.

More information about the festival or other educational programming can be found online at bringonthesunshine.ca.

Know Someone Isolating with Covid?