In his more than 30 years in the golf industry, Doug Breen has never seen all the memberships for GolfNorth’s 31 Ontario courses sell out — until this year.

The Regional Vice-President and Chief Agronomist for the group says he’s seen golf’s popularity rise before, but never like this.

“We’ve had the Tiger Woods boom and there was a boom in the late 80’s. What’s different about this one is the people that are showing up.” he said. “It’s lot younger crowd, a lot more female crowd, it’s racially diverse, it’s culturally diverse. It’s closer to the demographic of those that actually live in Canada than ever before.”

Golf courses are one of the few activities allowed to remain open while the province has been locked down. Combined with an exceptionally warm Spring, the circumstances have created conditions perfect for a resurgence in the game.

Breen says the early sell-out on memberships is an indication that golfers are committed to more than just a few games as a way to get out of the house.

“For the first time ever, many courses have had to cut off memberships. People are at the point that this is something they want to do on an ongoing, regular basis,” he said.

Fraser Stalkie, Director of Golf Operations for Mary-Hill and Innerkip Highlands Golf Courses, says that the Mary-Hill course is busier than they’ve been in years.

“We’re as busy as we’re permitting ourselves to be,” he said.

Both organizations say they’re taking the safety of their guests and staff seriously, spacing out tee-times, enforcing mask restrictions when inside or near staff and conducting screenings before golfers are allowed to tee-off. 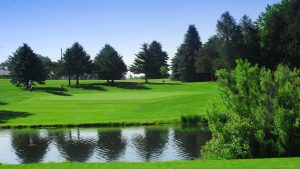 Breen says the game doesn’t just provide an opportunity for a good walk, but it’s one of the few ways right now people can socialize with family and friends.

“It’s all about the social part of the game. I played in a family tournament a couple of years ago and my parents played with their grandkids and we could all go out together,” He said. “Whatever level you’re at, you can still get out and have fun.”

Breen says the days of golf belonging to middle-aged men are gone and taking some of the misconceptions about the sport with them.

“The other myth about golf is that it’s really, really expensive and it can be, but it does’t have to be,” he said.

At Mary-Hill and Innerkip Highlands, Stalkie says they’re committed to making it easier for younger golfers to enjoy the game.

“Our facility does offer rentals at no charge just so people can give it a try,” he said. “At Mary-Hill we have junior programs and a junior club card. We’re really doing our part to try to give juniors a way into the game.”

Giving under-represented groups a way into the game is an important way to grow the sport, says Stalkie. “The industry as a whole should be doing as much as possible to make golf accessible,” he says.

Breen is enthusiastic about the new interest in his favourite sport and hopes that more people will join him on the course this summer. 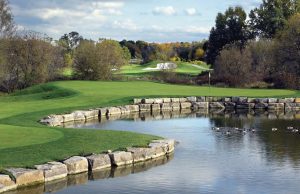 “It’s always been a game that I’ve loved. It’s like always having known this band was great and then all of a sudden it’s a big, big deal,” he said. “I’ve always said if you can get people introduced to the game and get them comfortable, they’ll love it.”

Getting people comfortable with the sport includes everything from teaching beginners the basics, to helping intermediate players create a better experience for themselves. Both organizations are offering lessons for kids and adults, with some classes offered for ladies only.

The courses are also anticipating offering camps this summer to help give kids something to do with their holidays.

“We ran them safely last year. We’re expecting to be able to do that again, taking all of the appropriate covid precautions,” Stalkie said.

Breen says new course behaviour might take some getting used to for golfers who are used to hanging around the club house or arriving more than 10 minutes before their tee-time, but he hopes they appreciate the situation.

“The most important thing is that we have to do this safely. We have a lot of rules a lot of golfers haven’t seen before,” he said. “That’s the toughest part, trying to keep everyone safe. We don’t take that lightly. That’s the big thing I hope all the golfers understand.”

Tee times at all the courses can be booked online.