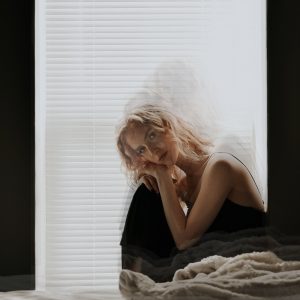 When I first listened to Paige Warner’s latest single Liquor, my first thought was “My god, she’s done it again!”

Much like her previous single, People Pleasin’, Warner, who lives in St Jacobs, has yet again created a beautifully simplistic song that stands out from the popular music of today.

Liquor has a much more acoustic sound than its predecessor. When asked about the different sound for Liquor, Warner said, “I try to challenge myself to write in a way that best portrays the emotions and message of the song, rather than focussing so much on fitting in a specific box or idea of what I think I should be creating. So really, the vibe of Liquor exists because it is the best way I could explain my feelings in that moment.”

The song opens with soft piano that sets a mellow tone. The drums set a steady and soft beat, and along with the bass guitar provide a strong backbone to the song that doesn’t overwhelm or take away from the piano and vocals. Much like People Pleasin’ – with its unique and subtle use of timpani – Liquor incorporates the faint sounds of an organ, which made me think back to the 60s when use of the instrument was more common. The use of an organ was a nice touch, in my opinion, adding a hint of soul into the mix.

The lyrics of Liquor balance well against the instrumental elements of the song. Whether romantic, platonic, or even professionally I think we all can find familiarity in her verses about once being in an abusive relationship.

Available on all streaming platforms, Liquor is sure to be Warner’s next biggest hit. If you haven’t already, go give this incredible song a listen today!