OFA Changes with the New Normal

Last week’s Annual General Meeting (AGM) of the Ontario Federation of Agriculture (OFA) saw a few firsts for the current pandemic times we are in.  More than 270 delegates from 50 county federations and 18 commodity organizations representing the grassroots voice of the OFA attended the organization’s 2020 Virtual AGM.

The theme “Navigating our Road to Recovery” was selected to further emphasize how the agri-food sector will be a significant contributor to Ontario’s economic growth and recovery as we navigate COVID-19 and beyond. OFA will be a leader on the road to recovery and will advocate on behalf of farm businesses that faced challenging times in 2020 to ensure they have the tools, resources and support needed to remain profitable and sustainable.

Early in the day, OFA members participated in an important bylaw ratification vote that resulted in delegates voting in favour of passing OFA bylaw 20-1, which allows the Board of Directors the ability to elect its Executive Committee. 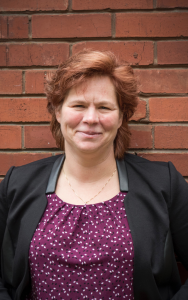 Peggy is a northern Ontario farmer and has previously held the position of Vice President of OFA for six years. Along with her presidency, Peggy will also hold the position of OFA’s Director-at-Large. Apart from her role at OFA, Peggy serves as Vice President of the Agricultural Adaptation Council. Recently recognized as one of the six 2020 Influential Women in Canadian Agriculture, Peggy and her family own and operate Woodstar Farm, a 75-cow dairy operation near Thunder Bay. She is known as an advocate for diversity in the agriculture sector and will prove to be a strong female role model for the organization.

Throughout this pandemic and beyond, OFA will continue to advocate for farm families to ensure Ontario’s agri-food sector and our rural communities remain prosperous and sustainable.  Their theme this year, “Navigating our Road to Recovery,” captured the essence of our current pandemic environment.