Thinking Your Way to Health

Are you a pessimist by nature, a “glass half empty” sort of person? That’s not good for your brain.

“We propose that repetitive negative thinking may be a new risk factor for dementia,” said lead author Dr. Natalie Marchant, a psychologist and senior research fellow in the department of mental health at University College London, in a statement.

Negative thinking behaviors such as rumination about the past and worry about the future were measured in over 350 people over the age of 55 over a two-year period. About a third of the participants also underwent a PET (positron emission tomography) brain scan to measure deposits of tau and beta amyloid, two proteins which cause Alzheimer’s disease, the most common type of dementia.

The scans showed that people who spent more time thinking negatively had more tau and beta amyloid buildup, worse memory and greater cognitive decline over a four-year period compared to people who were not pessimists.

The study also tested for levels of anxiety and depression and found greater cognitive decline in depressed and anxious people, which echos prior research.

But deposits of tau and amyloid did not increase in the already depressed and anxious people, leading researchers to suspect repeated negative thinking may be the main reason why depression and anxiety contribute to Alzheimer’s disease.

“Taken alongside other studies, which link depression and anxiety with dementia risk, we expect that chronic negative thinking patterns over a long period of time could increase the risk of dementia,” Marchant said. 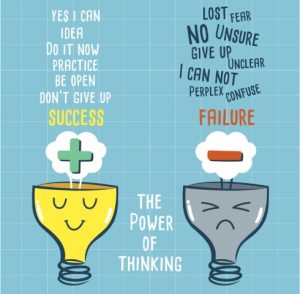 Looking on the bright side

People who look at life from a positive perspective have a much better shot at avoiding death from any type of cardiovascular risk than pessimistic people, according to a 2019 study. In fact, the more positive the person, the greater the protection from heart attacks, stroke and any cause of death.

It’s not just your heart that’s protected by a positive outlook. Prior research has found a direct link between optimism and other positive health attributes, such as healthier diet and exercise behaviors, a stronger immune system and better lung function, among others.

“Optimists also tend to have better coping skills and are better problem-solvers,” Rozanski told CNN in a prior interview. “They are better at what we call proactive coping, or anticipating problems and then proactively taking steps to fix them.”

Train to be an optimist

You can tell where you stand on the glass half-full or empty concept by answering a series of statement called the “life orientation test.”

The test includes statements such as, “I’m a believer in the idea that ‘every cloud has a silver lining,'” and, “If something can go wrong for me, it will.” You rate the statements on a scale from highly agree to highly disagree, and the results can be added up to determine your level of optimism or pessimism.

Prior research has shown it’s possible to “train the brain” to be more optimistic, sort of like training a muscle. Using direct measures of brain function and structure, one study found it only took 30 minutes a day of meditation practice over the course of two weeks to produce a measurable change in the brain.

One of the most effective ways to increase optimism, according to a meta-analysis of existing studies, is called the “Best Possible Self” method, where you imagine or journal about yourself in a future in which you have achieved all your life goals and all of your problems have been resolved.

Another technique is to practice gratefulness. Just taking a few minutes each day to write down what makes you thankful can improve your outlook on life. And while you’re at it, list the positive experiences you had that day, which can also raise your optimism.

The Price of Real Meat is Beyond Me

Pumpkin Spice and Everything Nice