What the Provincial Budget Means to You: A Synopsis by MPP Mike Harris

With a continued focus on beating Covid-19 and reviving a hard-hit economy, the Ontario Government released its 2021 budget Wednesday.

MPP Mike Harris, the representative for Kitchener-Conestoga, says in addition to money for vaccine roll-out and more testing, the government is helping parents shouldering the extra costs that come with online schooling.

“Through the pandemic, parents have had to go out and procure tablets or computers and extra aids for online school,” he said. “We’re going to be doing another automatic third round of payments and every eligible parent will receive $400 for every child up to grade 12 and $500 for every child 21 years and younger for children with special needs.”

The Enhanced Workplace Protection Program will also see an extra $10 million this year, providing extra support to businesses and farms looking to develop safety plans to for their workplaces, helping to keep businesses operating while stopping the spread of the virus.

“We have said we’re going to spare no expense to fight this virus and make sure the health and safety of Ontarians is our number one priority. This is very different than our budget last fall,” Harris said.

The Covid-19 additions to the budget mean a projected deficit of more than $33 billion dollars for the year and decreasing deficits each year until about 2029.

“This allocates $16 billion to protect health and safety and $23 billion to protect our economy,” said Harris. “We certainly don’t want to raise taxes, we want to be able to spur on economic growth and get more people working and more money back in the economy.”

The budget had other good news for the region including a commitment to upgrading infrastructure to ensure every region in Ontario has access to broadband internet by 2025.

Minister of Finance Peter Bethlenfalvy announced the government’s plan to add $2.8 billion dollars to an investment in rural internet, bringing the total to $4 billion.

“We’ve already got some work under way. There’re about a dozen projects that went out for tender six months ago and we’re starting to see some progress as the tenders were awarded,” Harris said. “Obviously we’re trying to triage areas that really, really need to see expansion. We’re putting out money where our mouth is.” 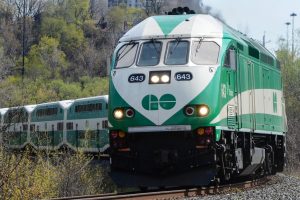 Harris said as the program takes shape the government is looking to cut costs and bring the service to areas faster, by using services that are already in place.

“One of the big pieces of that is working with the ministry of infrastructure and our local hydro suppliers to leverage the infrastructure that exists. That is going to be a game changer when it comes to getting broadband out quicker,” he said.

The Region of Waterloo was named as one of 33 communities receiving funds in the expanded Community Paramedicine for Long-Term Care project.

The project will provide trained care workers to help seniors who want to remain at home longer, but need help with more complex care. It will also help those on waitlists for spots in long-term care.

Of the $160 million allocated to the program over three years, the region will receive nearly $7.8 million.

“This program is really great and it’s something that we’re going to be expanding here in the region and really helping to get care to people in their homes,” Harris said.

The region can also look forward to movement on two-way, all-day GO service on the Kitchener line. That project will include infrastructure investments including upgrades to Guelph Station and possible new stations on the route including a proposed station in Breslau.

“This is a huge step for Waterloo Region,” Harris said. “There’s a lot of work that’s going to be done over the next little while, expanding capacity and making it quicker and more efficient.”

Harris said work is almost complete on sections of the line in Brampton and Etobicoke that will see the GO train travel under highways 401 and 409 to create a faster route to downtown Toronto.

The budget allocated $61.6 billion over 10 years for transit, including the improvements to the GO system.

The budget also allowed for Ontario-made beer and cider to be sold at farmer’s markets throughout the summer. The move comes as an expansion to regulations implemented last year allowing Ontario produced wine and some spirits to be sold at markets as well.

“Certainly for folks like Block Three [Brewing] or Rural Roots [Brewing Company], having another avenue for them to get their product to consumers is great,” Harris said.